Recently, a close friend’s niece was having trouble graduating from college. She needed to pass a math class to graduate but wouldn’t take it because she feared flunking it. A belief that she just wasn’t “good at math” was keeping her stuck in graduation limbo, unable to move on with her life. 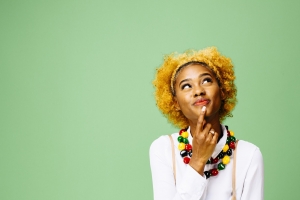 I know my friend’s niece isn’t the first person to be cowed by a math course or some other seemingly insurmountable barrier to success. Maybe someone gave you the message that you weren’t talented enough to succeed in a particular field; or you just didn’t have the confidence to persevere when you struggled.

Now, a new book, Limitless Mind: Learn, Lead, and Live Without Barriers by Jo Boaler, explains what’s wrong with this attitude. Boaler, a Stanford University math professor, argues that people can learn just about anything once they understand how their brains work and how to support their own learning. Her book is a call to discard old notions of “giftedness” and to fully embrace the new science of the mind, thereby transforming schools, organizations, and workplaces into environments that support rather than limit success.

The problem with talent

“Millions of children, every year, start school excited about what they will learn, but quickly become disillusioned when they get the idea they are not as ‘smart’ as others,” writes Boaler. That’s because parents and teachers inadvertently give out the message that talent is inborn—you either have it or you don’t.

As a math professor, Boaler has seen this firsthand. Many young adults enter her class anxious about math, and their fear about learning impacts their ability to learn.

“The myth that our brains are fixed and that we simply don’t have the aptitude for certain topics is not only scientifically inaccurate; it is omnipresent and negatively impacts not only education, but many other events in our everyday lives,“ she writes. Even though the science of neuroplasticity—how our brains change in response to learning—suggests learning can take place at any age, this news has not made it into classrooms, she argues.

Some of our misguided visions of talent have led to racist and sexist attitudes, she writes. For example, many girls get the message early on that math is for boys and that boys are better at it, interfering with their ability to succeed and leading to gender disparities in fields of study related to math. Similarly, people of color may also have to overcome stereotypes about fixed intelligence in order to thrive.

How our minds help us learn

Luckily, Boaler doesn’t stop at pointing out the problem but also provides tips to help anyone, whether they’re math-phobic or worried about other impediments to learning, to create a new mindset.

1. Understand that your brain is always changing. “Every time we learn, our brain forms, strengthens, or connects neural pathways,” writes Boaler. This means that no one is stuck at birth with a limit on what they can learn. Instead, it’s the belief in giftedness and how that impacts the way teachers teach that actually hampers people’s learning.

For example, when schools practice tracking—dividing students into different reading groups or math groups based on ability—it can produce worse results for students than keeping mixed-ability students together. As research from Teresa Iuculano and her colleagues has shown, the brains of people who have been labeled early on as “learning disabled” can be completely rewired after a short program involving one-on-one tutoring.