All 50 U.S. states require schools to have a bullying prevention policy. 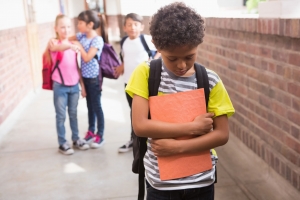 But a policy, alone, is not enough. Despite the requirement, there’s been a slight uptick in all forms of bullying during the last three years. Bullying can look like experienced basketball players systematically intimidating novice players off the court, kids repeatedly stigmatizing immigrant classmates for their cultural differences, or a middle-school girl suddenly being insulted and excluded by her group of friends.

Bullying occurs everywhere, even in the highest-performing schools, and it is hurtful to everyone involved, from the targets of bullying to the witnesses—and even to bullies themselves. October is National Bullying Prevention Month, so it’s a good time to ask ourselves: What are the best practices for preventing bullying in schools? That’s a question I explored with my colleague Marc Brackett from the Yale Center for Emotional Intelligence, in a recent paper that reviewed dozens of studies of real-world bullying prevention efforts.

As we discovered, not all approaches to bullying prevention are equally effective. Most bullying prevention programs focus on raising awareness of the problem and administering consequences. But programs that rely on punishment and zero tolerance have not been shown to be effective in the U.S.; and they often disproportionately target students of color. Programs like peer mediation that place responsibility on the children to work out conflicts can increase bullying. (Adult victims of abuse are never asked to “work it out” with their tormentor, and children have an additional legal right to protections due to their developmental status.) Bystander intervention, even among adults, only works for some people—extroverts, empaths, and people with higher social status and moral engagement. Many approaches that educators adopt have not been evaluated through research; instead, educators tend to select programs based on what their colleagues use.

We found two research-tested approaches that show the most promise for reducing bullying (along with other forms of aggression and conflict). They are a positive school climate, and social and emotional learning.